Retirees generally worry about finances and health issues, not whether or not I’ll be safe when I go out and about.  I was talking recently to an 80-year-old veteran who just purchased his first firearm, a revolver. He was using a walker and not in great health. 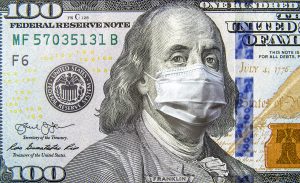 Yes, a COVID-19 vaccine will save lives and help to restart our economy; hopefully, sooner than later. However, the return to the rule of law is the only cure for civil disobedience and anarchy.

It’s no wonder that gun sales are through the roof and ammunition is in short supply. If we call 911 and no one responds we are left to our own devices. In St. Louis a mob broke down the gate to a community and threatened the occupants. The home owners called 911 without success and took the matter into their own hands. The husband and wife brandished their guns to encourage the rioters to leave. Those who destroyed personal property and threatening harm weren’t arrested, the home owners were charged!

Elderly store owners are being brutally attacked for trying to protect the small businesses that sustained them throughout life. One 70-year-old women was kicked to the ground and attacked with a 2 x 4; another owner was beaten senseless because he used a fire extinguisher to dissuade the mod from looting his store.  An 80-year-old woman, using a walker on a New York City street, was sucker punched by a young punk who had been arrested many times before and simply let go by the authorities because of their catch and release policy. These aren’t isolated instances; this is happening across America!  There are videos of these atrocities and the criminals are getting away with this. The mobs are working their way into the suburbs and calling out residences in the dead of night to leave their homes and turn them over to the mob or they will burn them down!

Our society is under attack from far-left Marxist. The riots and unrest in places like Seattle, Portland, New York, Chicago, and now to Kenosha are designed to create division and sow seeds of discontent. The federal agents protecting federal property in Portland stood down weeks ago, yet the rioting continues unabated even though you hear little about this on the major news networks. A CNN reporter this week was in Kenosha at night with a backdrop of businesses on fire and reported that the demonstrations were mostly peaceful!  The Portland police and their State Police have not been able to stop the violence.  This week in Portland, the mob tried to seal the doors to a district police office and then set the building on fire with the occupants inside!

There are pockets of this movement throughout the states and many liberal governors and mayors are fueling this unrest with their encouragement, inaction, and inability to deal with criminal behavior on every level. Instead of calling out the National Guard they stand their police forces down and then strip them of their ability to not only defend themselves but the citizens they are sworn to protect! Just recently, the Kenosha County Board requested 1500 national guard with police powers to be called out to quell the riots.

This is a sad testimony to how many Americans are out-of-touch with reality and the rule of law. They have lost their moral compass that has guided this nation since its inception. We embolden mobs when we ignore criminal behavior which encourages others to follow suit.

When you are stopped by the police and resist arrest, tackle officers to the ground, take an officer’s weapon, run to a car and reach inside for a weapon, what do you expect the police to do? Ask them to please stop, call a social worker to reason with this person? You can expect a bad outcome with bad behavior. The police must defend themselves and the community they serve, and they only have a few seconds to react.

Yes, there are bad actors on both sides of the equation. Kneeling on the neck of an incapacitated person for nine minutes was outrageous and that person was charged. So too is the act of resisting arrest! Live to fight another day, comply and if injustice is evident fight it in court, not in the streets.

I said this in a previous article and it is worth repeating here: “This country has come a long way; this isn’t the 1850s or the 1960s. Seventeen percent of all marriages in 2017 were mixed race, in 1967 only 3 percent of marriages were interracial. Just look at our TV shows, soap operas, sports teams, movies and more. Diversity and inclusion rules. In the cities we see African American mayors, governors, and in some cases such as Atlanta I believe over half the police force is minority. More minorities were employed before the pandemic than any time in history. The graduation rate for minorities is rising and Obama was our President!”

Anything is possible in America today; regardless of your race, color, creed, or national origin. What determines an individual’s destiny is self-determination, drive, personal motivation, and desire to succeed; no matter what obstacles lay ahead. America gives us all that opportunity. 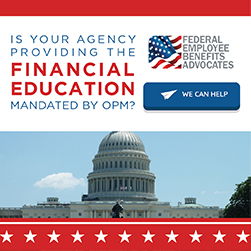 Disclaimer: Opinions expressed herein by the author are not an investment or benefit recommendation and are not meant to be relied upon in investment or benefit decisions. The author is not acting in an investment, tax, legal, benefit, or any other advisory capacity. This is not an investment or benefit research report. The author’s opinions expressed herein address only select aspects of various federal benefits and potential investment in securities of the TSP and companies mentioned and cannot be a substitute for comprehensive investment analysis. Any analysis presented herein is illustrative in nature, limited in scope, based on an incomplete set of information, and has limitations to its accuracy. The information upon which this material is based was obtained from sources believed to be reliable, but has not been independently verified. Therefore, the author cannot guarantee its accuracy. Any opinions or estimates constitute the author’s best judgment as of the date of publication, and are subject to change without notice. The author explicitly disclaims any liability that may arise from the use of this material.